We have a unique city that requires a distinctive approach to traffic enforcement and collision investigation, which is why we have a specialized Traffic Unit. The Myrtle Beach Police Department Traffic Unit’s responsibility is to investigate traffic collisions, enforce traffic laws, and work with other departments to reduce traffic crashes. Due to the fluctuation in population throughout the year, the City of Myrtle Beach often sees an increase in traffic collisions and dangerous driving during high traffic months. The Traffic Unit conducts pro-active enforcement of traffic laws to deter violations, prevent traffic collisions, and reduce or eliminate traffic and impaired driving deaths. 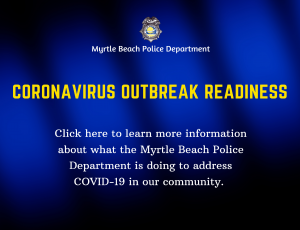